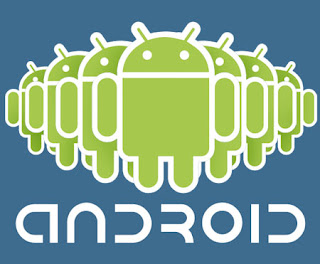 As smartphones and tablets become more popular, the operating systems for those
devices become more important.Android is an Os providing almost all latest feature like GPS, WiFi, UMTS ,touchscreen...etc
Android applications are written in Java and run in (Dalvik)virtual machines which executes it’s own byte code.
applications for Android can be obtained from a central place called
Android Market. 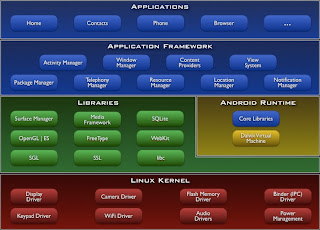 the above picture shows details about Android system architecture.
The kernel in use is a Linux 2.6 series kernel.
As Android run on low
powered CPUs, the libraries for CPU and GPU intensive tasks are compiled to
device optimized native code.
Android applications are run by processes and their included threads.
The structure of an Android application is based on four different components,
which are: Activity, Service, Broadcast Receiver and Content Provider onCreate()
The Activities are done using
onDestroy()
onCreate()
onResume()
onPause()
onRestart() methods
the garbage collection is done smoothly by android os.
android JUST IN TIME COMPILER(JIT)is special compiler to run byte code efficiently.
power management is the important factors of android OS which is one of the best feature of android OS.
Android’s native platform is ARM.Android OS provide beautiful security feature and completely reliable.
Google have made Android one of the important contestants in the mobile sector the best in business OS. 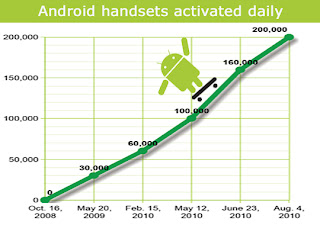