A+ A-
Print Email
Most Of you might be knowing that today's morning most of Pakistan website got Hacked.
You can read the list of site Hacked Today
Pak Cyber Space Hacked
Now i am revealing how these things happens actually.

This Attack Is some time known as DNS hijack Attack.When I got this news about Pakistan website hacked today i searched for their DNS Analysis...On checking the name servers with nslookup, the DNS servers were pointing towards another website, It was clear that the hacker compromised the DNS server and changed the DNS servers to their own, where they had their defacement page. The above image appeared on major .pk domains, when users were trying to access them.

How was Google Pakistan Hacked?


So as i mentioned earlier that it looks to me that the registrar that was responsible for Google's DNS records may have been compromised and the records were changed, so when users went to google.com.pk they were redirected to different website which was setup by Turkish hacker to make it look that google.com.pk has been actually compromised. 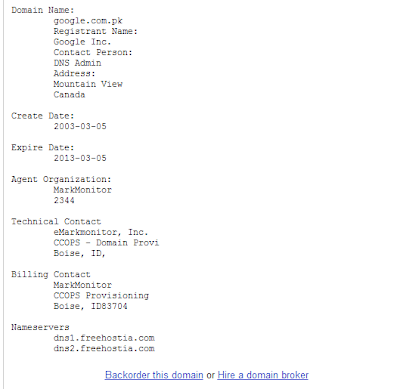 You can Always Read Our Article on This Cyber space Attack On TUT
I believe This Picture Speaks All How you can Hack Pak Google site :)