How to Install Nvidia Graphics Card Driver on Linux OS

A+ A-
Print Email
Linux has many features and look that attracts us to use it and as many of hacking tool are built on Linux then for those security testing we need to use Linux as our operating system
but
many of us are missing some features like playing game which is hobby of many people to play on computer but due to lack of knowledge about Linux either we install windows to play game or we deleted the Linux from system.
Here in this post i am going to tell you that how to configure and enable the Graphics card on Linux machine. I am considering the Nvidia as the Graphic card in the post. 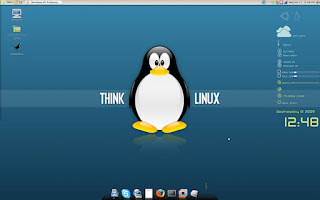 Step1: Go to Official website of Nvidia and download the file needed for your machine. Here is the Link.

press ctrl-alt-f1 to enter a virtual terminal. Log in as root and use the command “killall5″
press ctrl-alt-f2 and log back in as root.
Now take a backup of the Xserver just as the precaution in case if it is corrupted.

Remember, when it asks you if you want it to configure your XServer to say yes.
Remember, allow it to download/compile from the Internet if needed.
Now once the driver is installed then reboot the machine and start playing games

Tell Your friends to join darksite for more such information
Posted by Chandrakant
Labels: Linux