How to Make own sixth sense Device 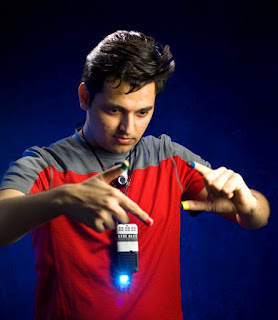 First of all i personally suggest you must have a look on this video,
A Must see video on sixth sense sensation by Pranavmistry.

As we all know SixthSense is a wearable gestural interface that augments the physical world around us with digital information and lets us use natural hand gestures to interact with that information.

The camera is the key input device of the SixthSense system. The camera acts as a digital eye of the system. It basically captures the scene the user is looking at. The video stream captured by the camera is passed to mobile computing device which does the appropriate computer vision computation. The major functions of the camera can be listed as:
Captures user’s hand movements and gestures (used in reorganization of user gestures)
Captures the scene in front and objects the user is interacting with (used in object reorganization and tracking)
Takes a photo of the scene in front when the user performs a ‘framing’ gesture
Captures the scene of projected interface (used to correct the alignment, placement and look and feel of the projected interface components)

The projector is the key output device of the SixthSense system. The projector visually augments surfaces, walls and physical objects the user is interacting with by projecting digital information and graphical user interfaces. The mobile computing device provides the projector with the content to be projected. The projector unit used in prototype runs on a rechargeable battery. The major functions of the projector can be listed as:
Projects graphical user interface of the selected application onto surfaces or walls in front
Augments the physical objects the user interacting with by projecting just-in-time and related information from the Internet. 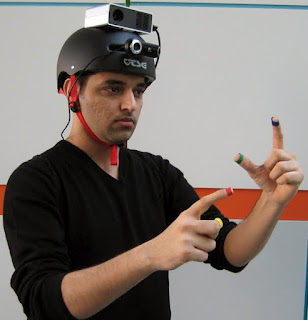 The microphone is an optional component of the SixthSense. It is required when using a paper as a computing interface. When the user wants to use a sheet of paper as an interactive surface, he or she clips the microphone to the paper. The microphone attached this way captures the sound signals of user’s touching the paper. This data is passed to computing device for processing. Later, combined with the tracking information about user’s finger, the system is able to identify precise touch events on the paper. Here, the sound signal captured by the microphone provides time information whereas the camera performs tracking. The applications enabled by this technique are explained earlier.

The SixthSense system uses a mobile computing device in user’s pocket as the processing device. The software program enabling all the features of the system runs on this computing device. This device can be a mobile phone or a small laptop computer. The camera, the projector and the microphone are connected to this device using wired or wireless connection. The detail of the software program that runs on this device is provided in next section. The mobile computing device is also connected to the Internet via 3G network or wireless connection. 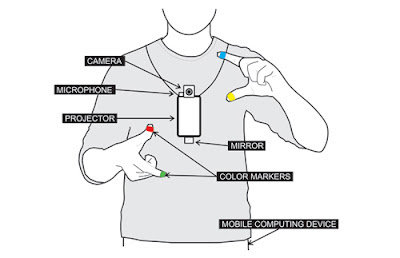 Information on setting up the software for SixthSense.


How to run the Software Component of SixthSense 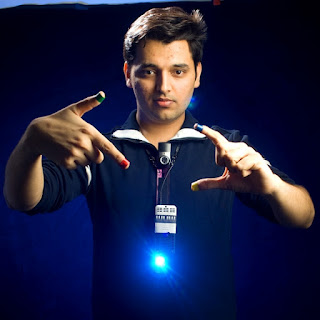 The prototype system runs on windows platform and majority of the code is written in C++ and C#. We will be uploading newer versions as it is being developed; this will also include a mobile version.
NOTE: We are moving the new code to Git this week. Meanwhile you can download it at the link below.

WUW_v0.1 is the beta version of SixthSense code (WUW stands for Wear Ur World, a former name of the project). This version runs on Windows. Make sure you have Visual Studio and Direct X installed. Extract and copy the files from wuw_v0.1.zip to any location on your computer. Open WUW01.sln (which is present in the folder "CODE") then click on F5 to debug it. If you debug it successfully, a black screen appears with a little square box on the right just hover your mouse around it and you will find Option tabs such as Camera, Tokens and Apps.
Camera: you can choose which camera to use and configure the camera settings here. You may need to mirror the camera here using the camera settings. It is also recommended to use fixed/manual white balance and exposure such that the camera image is stable and light independent.
Tokens: This version of code uses colored fingertips as markers. One need 4 different colors in order to run most of the Apps. We recommend to use Red, Yellow, Blue and Green (or colors that are different enough). We have also noticed that the matt colored tape/objects works better as they have less reflective changes. When you click on ‘Add Markers’, the screen starts blinking and after 4-5 secs it stops with a still picture so that you can add those markers on your hand as new markers. You can simply drag-select the colored marker on the screen by mouse cursor. Once you have all four markers (O, P, M, and N) added the software will start tracking the four markers. You can set the thresholds to better the tracking. You can save those markers and can reuse in subsequent executions, or can add new markers every time.
Apps: there are three ways to launch any application. Apps tab can let you choose the apps you want to load and run. One can also load apps from ‘Menu’. ‘Menu’ is triggered using Namaste gesture. Once on Menu screen you can choose the App by hand-click (Hand Click gesture works by moving the O marker and hiding P marker.

GPL license version 3.0:– Any distributed project that contains within it or makes reference to any portion of the SixthSense source code has to be released with the source code under the GPL version 3.0 license or later.
This whole idea is invented by Pranavmistry....Source
Posted by Chandrakant
Labels: Computer-PC-laptop, Research, sixth sense