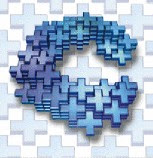 Like i told you all that i will be posting some FAQ and Answers So.
This is another Study material by Biswa Das Sir on CPP/C++.

1. What is a class?
Ans: The objects with the same data structure (attributes) and behavior (operations) are called class.

2. What is an object?
Ans: It is an entity which may correspond to real-world entities such as students, employees, bank account. It may be concrete such as file system or conceptual such as scheduling policies in multiprocessor operating system.
Every object will have data structures called attributes and behavior called operations.

3. What is the difference between an object and a class?
Ans: All objects possessing similar properties are grouped into class.
Example :–person is a class, ram, hari are objects of person class. All have similar attributes like name, age, sex and similar operations like speak, walk.

4. What is the difference between class and structure?
Ans: In class the data members by default are private but in structure they are by default public

7. Define OOPs?
Ans: OOP is a method of implementation in which programs are organized as co-operative collection of objects, each of which represents an instance of some class and whose classes are all member of a hierarchy of classes united through the property of inheritance.

8. What is public, protected, and private?
Ans: These are access specifier or a visibility lebels .The class member that has been declared as private can be accessed only from within the class. Public members can be accessed from outside the class also. Within the class or from the object of a class protected access limit is same as that of private but it plays a prominent role in case of inheritance

10. What do you mean by inheritance?
Ans: The mechanism of deriving a new class (derived) from an old class (base class) is called inheritance. It allows the extension and reuse of existing code without having to rewrite the code from scratch.

11. What is abstraction?
Ans: The technique of creating user-defined data types, having the properties of built-in data types and a set of permitted operators that are well suited to the application to be programmed is known as data abstraction. Class is a construct for abstract data types (ADT).

12. What is encapsulation?
Ans: It is the mechanism that wraps the data and function it manipulates into single unit and keeps it safe from external interference.

13. How variable declaration in c++ differs that in c?
Ans: C requires all the variables to be declared at the beginning of a scope but in c++ we can declare variables anywhere in the scope. This makes the programmer easier to understand because the variables are declared in the context of their use.

16. What do you mean by implicit conversion?
Ans: Whenever data types are mixed in an expression then c++ performs the conversion automatically.
Here smaller type is converted to wider type.
Example- in case of integer and float integer is converted into float type.

22. What is difference between C++ and Java?
Ans: C++ has pointers Java does not.
Java is platform independent C++ is not.
Java has garbage collection C++ does not.

24. What do you mean by virtual methods?
Ans: virtual methods are used to use the polymorphism feature in C++. Say class A is inherited from class B. If we declare say function f() as virtual in class B and override the same function in class A then at runtime appropriate method of the class will be called depending upon the type of the object.

26. How many ways are there to initialize an int with a constant?
Ans: Two.
There are two formats for initializers in C++ as shown in the example that follows. The first format uses the traditional C notation. The second format uses constructor notation.
int foo = 123;
int bar (123);

27. What is a constructor?
Ans: Constructor is a special member function of a class, which is invoked automatically whenever an instance of the class is created. It has the same name as its class.

28. What is destructor?
Ans: Destructor is a special member function of a class, which is invoked automatically whenever an object goes out of the scope. It has the same name as its class with a tilde character prefixed.

30 What is the Standard Template Library?
Ans: A library of container templates approved by the ANSI committee for inclusion in the standard C++ specification. A programmer who then launches into a discussion of the generic programming model, iterators, allocators, algorithms, and such, has a higher than average understanding of the new technology that STL brings to C++ programming.

31. What problem does the namespace feature solve?
Ans: Multiple providers of libraries might use common global identifiers causing a name collision when an application tries to link with two or more such libraries. The namespace feature surrounds a library’s external declarations with a unique namespace that eliminates the potential for those collisions. This solution assumes that two library vendors don’t use the same namespace identifier, of course.

32. What is the use of ‘using’ declaration?
Ans: A using declaration makes it possible to use a name from a namespace

34. Differentiate between a template class and class template?
Ans:
Template class:
A generic definition or a parameterized class not instantiated until the client provides the needed information. It’s jargon for plain templates.
Class template:
A class template specifies how individual classes can be constructed much like the way a class specifies how individual objects can be constructed. It’s jargon for plain classes.

37. What is an incomplete type?
Ans: Incomplete type refers to pointers in which there is non availability of the implementation of the referenced location or it points to some location whose value is not available for modification.
Example:
int *i=0×400 // i points to address 400
*i=0; //set the value of memory location pointed by i.
Incomplete types are otherwise called uninitialized pointers.

38. What do you mean by Stack unwinding?
Ans: It is a process during exception handling when the destructor is called for all local objects between the place where the exception was thrown and where it is caught.

42. What is an adaptor class or Wrapper class?
Ans: A class that has no functionality of its own. Its member functions hide the use of a third party software component or an object with the non-compatible interface or a non-object-oriented implementation.

43. What is a Null object?
Ans: It is an object of some class whose purpose is to indicate that a real object of that class does not exist. One common use for a null object is a return value from a member function that is supposed to return an object with some specified properties but cannot find such an object.

45. What is a dangling pointer?
Ans: A dangling pointer arises when you use the address of an object after its lifetime is over. This may occur in situations like returning addresses of the automatic variables from a function or using the address of the memory block after it is freed. Example: The following code snippet shows this:
class Sample
{
public:
int *ptr;
Sample(int i)
{
ptr = new int(i);
}
~Sample()
{
delete ptr;
}
void PrintVal()
{
cout
}
};
void SomeFunc(Sample x)
{
cout
}
int main()
{
Sample s1= 10;
SomeFunc(s1);
s1.PrintVal();
}
In the above example when PrintVal() function is called it is called by the pointer that has been freed by the destructor in SomeFunc.

46. Differentiate between the message and method?
Ans:
Message:
Objects communicate by sending messages to each other.
A message is sent to invoke a method.
Method
Provides response to a message and it is an implementation of an operation

51. What do you mean by late binding?
Ans: Late binding refers to function calls that are not resolved until run time. Virtual functions are used to achieve late binding. When access is via a base pointer or reference, the virtual function actually called is determined by the type of object pointed to by the pointer.