DBMS General note for all Branches Students For Campus Placement

A+ A-
Print Email
Hello friends I am going to start a new sessions of post for all who are preparing for any job interview and others technical skill knowledge for their future.
So i will be delivering the study material provided by Bswa Das Sir ..one of the best technical expert from odisha having massively excellent knowledge on c,c++,dbms,Networking,Operating system and Many more technical Core subjects. 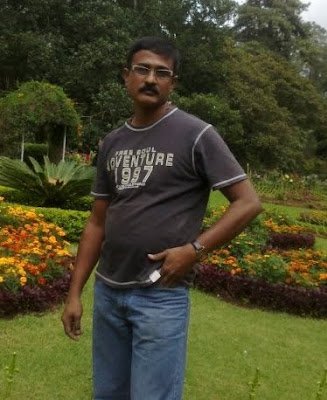 Biswa sir was Our Technical expert when i was on my engineering day at GIET,Gunupur.very much friendly and much cooperative for any technical question answers.We all also regard him as technical guru ,so i hope all our visitors will like this.
These are some frequently asked Question(FAQ) and Answers On DBMS On Many Campus Drive By different company.

QUESTION 1:
What is database?

ANSWER:
A database is a logically coherent collection of data with some inherent meaning, representing some aspect of real world and which is designed, built and populated with data for a specific purpose.

QUESTION 2:
What is DBMS?

QUESTION 3:
What is a Database system?

ANSWER:
The database and DBMS software together is called as Database system.

QUESTION 7:
What is extension and intension?

ANSWER:
Extension -It is the number of tuples present in a table at any instance. This is time dependent.
Intension – It is a constant value that gives the name, structure of table and the constraints laid on it.

QUESTION 8:
What is System R? What are its two major subsystems?

ANSWER:
System R was designed and developed over a period of 1974-79 at IBM San Jose Research Center . It is a prototype and its purpose was to demonstrate that it is possible to build a Relational System that can be used in a real life environment to solve real life problems, with performance at least comparable to that of existing system.
Its two subsystems are
? Research Storage
? System Relational Data System.

QUESTION 10:
How is the data structure of System R different from the relational structure?

QUESTION 11:
What is Data Independence?

QUESTION 12:
What is a view? How it is related to data independence?

ANSWER:
A view may be thought of as a virtual table, that is, a table that does not really exist in its own right but is instead derived from one or more underlying base table. In other words, there is no stored file that direct represents the view instead a definition of view is stored in data dictionary.
Growth and restructuring of base tables is not reflected in views. Thus the view can insulate users from the effects of restructuring and growth in the database. Hence accounts for logical data independence. .

QUESTION 13:
What is Data Model?

ANSWER:
This data model is based on real world that consists of basic objects called entities and of relationship among these objects. Entities are described in a database by a set of attributes.

QUESTION 15:
What is Object Oriented model?

ANSWER:
This model is based on collection of objects. An object contains values stored in instance variables with in the object. An object also contains bodies of code that operate on the object. These bodies of code are called methods. Objects that contain same types of values and the same methods are grouped together into classes.

QUESTION 16:
What is an Entity?

ANSWER:
It is a ‘thing’ in the real world with an independent existence.

QUESTION 17:
What is an Entity type?

ANSWER:
It is a collection (set) of entities that have same attributes.

QUESTION 18:
What is an Entity set?

ANSWER:
It is a collection of all entities of particular entity type in the database.

QUESTION 19:
What is an Extension of entity type?

ANSWER:
The collections of entities of a particular entity type are grouped together into an entity set.

QUESTION 20:
What is Weak Entity set?

ANSWER:
An entity set may not have sufficient attributes to form a primary key, and its primary key compromises of its partial key and primary key of its parent entity, then it is said to be Weak Entity set.

QUESTION 21:
What is an attribute?

ANSWER:
It is a particular property, which describes the entity.

QUESTION 22:
What is a Relation Schema and a Relation?

QUESTION 23:
What is degree of a Relation?

ANSWER:
It is the number of attribute of its relation schema.

QUESTION 24:
What is Relationship?

ANSWER:
It is an association among two or more entities.

QUESTION 25:
What is Relationship set?

ANSWER:
The collection (or set) of similar relationships.

QUESTION 26:
What is Relationship type?

ANSWER:
Relationship type defines a set of associations or a relationship set among a given set of entity types.

QUESTION 27:
What is degree of Relationship type?

ANSWER:
It is the number of entity type participating.

ANSWER:
The storage structures and access methods used by database system are specified by a set of definition in a special type of DDL called data storage-definition language.

ANSWER:
It specifies user views and their mappings to the conceptual schema.

QUESTION 31:
What is DML Compiler?

ANSWER:
It translates DML statements in a query language into low-level instruction that the query evaluation engine can understand.

QUESTION 32:
What is Query evaluation engine?

QUESTION 33:
What is DDL Interpreter?

ANSWER:
It interprets DDL statements and record them in tables containing metadata.

ANSWER:
The Low level or Procedural DML can specify and retrieve each record from a set of records. This retrieve of a record is said to be Record-at-a-time.

QUESTION 35:
What is Set-at-a-time or Set-oriented?

ANSWER:
The High level or Non-procedural DML can specify and retrieve many records in a single DML statement. This retrieve of a record is said to be Set-at-a-time or Set-oriented.

QUESTION 36:
What is Relational Algebra?

ANSWER:
It is procedural query language. It consists of a set of operations that take one or two relations as input and produce a new relation.

QUESTION 37:
What is Relational Calculus?

ANSWER:
It is an applied predicate calculus specifically tailored for relational databases proposed by E.F. Codd. E.g. of languages based on it are DSL ALPHA, QUEL.

QUESTION 39:
What is normalization?

ANSWER:
It is a process of analysing the given relation schemas based on their Functional Dependencies (FDs) and primary key to achieve the properties
? Minimizing redundancy
? Minimizing insertion, deletion and update anomalies.

QUESTION 40:
What is Functional Dependency?

ANSWER:
A Functional dependency is denoted by X Y between two sets of attributes X and Y that are subsets of R specifies a constraint on the possible tuple that can form a relation state r of R. The constraint is for any two tuples t1 and t2 in r if t1[X] = t2[X] then they have t1[Y] = t2[Y]. This means the value of X component of a tuple uniquely determines the value of component Y.

QUESTION 41:
When is a functional dependency F said to be minimal?

QUESTION 42:
What is Multivalued dependency?

QUESTION 43:
What is Lossless join property?

ANSWER:
It guarantees that the spurious tuple generation does not occur with respect to relation schemas after decomposition.

ANSWER:
The domain of attribute must include only atomic (simple, indivisible) values.

QUESTION 45:
What is Fully Functional dependency?

ANSWER:
A relation schema R is in 2NF if it is in 1NF and every non-prime attribute A in R is fully functionally dependent on primary key.

ANSWER:
A relation schema R is in 3NF if it is in 2NF and for every FD X A either of the following is true
? X is a Super-key of R.
? A is a prime attribute of R.
In other words, if every non prime attribute is non-transitively dependent on primary key.

ANSWER:
A relation schema R is in BCNF if it is in 3NF and satisfies an additional constraint that for every FD X A, X must be a candidate key.

ANSWER:
A relation schema R is said to be in 4NF if for every Multivalued dependency X Y that holds over R, one of following is true
? X is subset or equal to (or) XY = R.
? X is a super key.

ANSWER:
A Relation schema R is said to be 5NF if for every join dependency {R1, R2, …, Rn} that holds R, one the following is true
? Ri = R for some i.
? The join dependency is implied by the set of FD, over R in which the left side is key of R.

You can comments below the comment box for any query or contact biswa sir for the answers detail explanation.
Posted by Chandrakant
Labels: Biswa's Material, For Students, Learning, Study Material